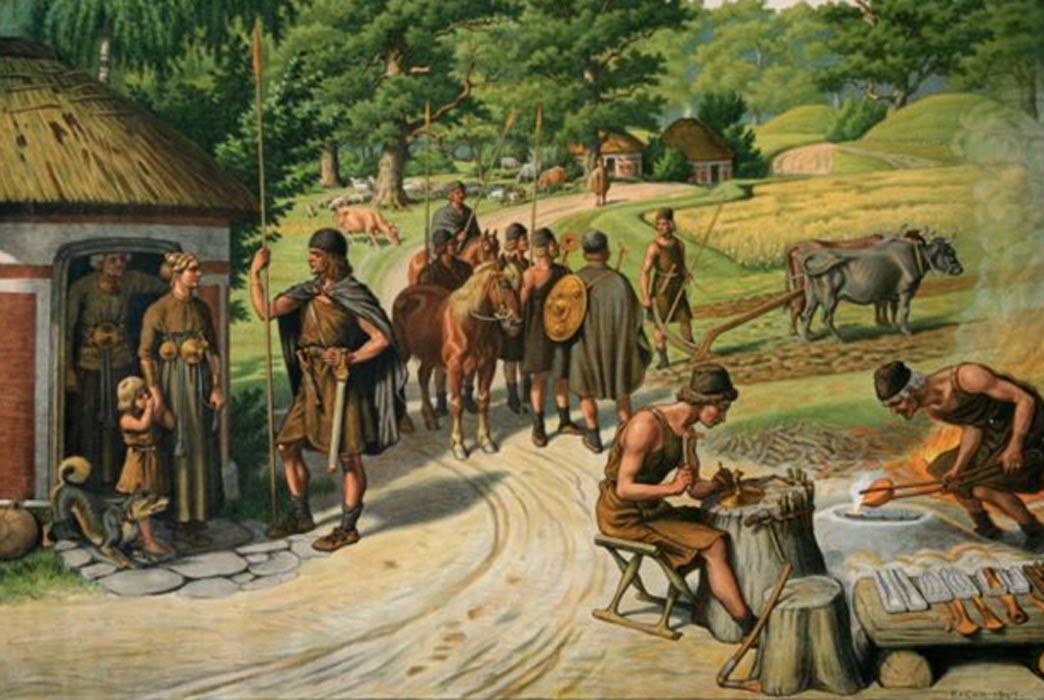 The Bronze Age (2200-800 BC) coincided with a significant intensification of human vocational activities which left to us many burial sites and tombstones, but there haven’t been still found a lot of traces of settlements around lake shores and alongside alpine roads.

This amazing human development was connected with an increased trade between north-south areas as well as a wider accessibility of the alps. The discovery of copper deposits played an important role in the first handcraft works made of metal. High altitude pastures helped to have a positive economic impact. New lands were gained so that pastures and first forms of agriculture could be deployed.

There was an intensification of manual work in agriculture with the development of basic swing plow which increased population, especially, in high altitudes. Heavy negative climatic changes (humidity, massive rains), around 800 BC, had negative consequences for palafittes, resulting in substantial glacier volumes, even at lower altitudes. Society became organised, dividing itself on peasants and traders.

In 2015, during an ordinary construction procedure of a house in Minusio, in the Canton Ticino, an exceptional discovery was done. It opened a new chapter in Prehistoric Archeology for the Insubrica region.

A few meters from the Oratory of the church Madonna delle Grazie, built between 1671 and 1640, at present the place is called Via dei Vicini in Minusio, the Cantonal archaeological service brought to light a major settlement referred to the Middle Bronze Age (around 1500 B.C.), which persisted until the Roman times.

The settlement was situated on a rocky promontory, overlooking Lago Maggiore, above the actual town of Minusio. The discovery was unique for the Canton Ticino and a rarity in Switzerland.

Insubrica Historica had a chance to visit the premises, admiring the rest of the settlement. The archeological society of the Canton Ticino stopped for the necessary time the construction of a new building. After few months, all measurements and studies being realised, the construction of the house resumed.

There are no upcoming events at this time.