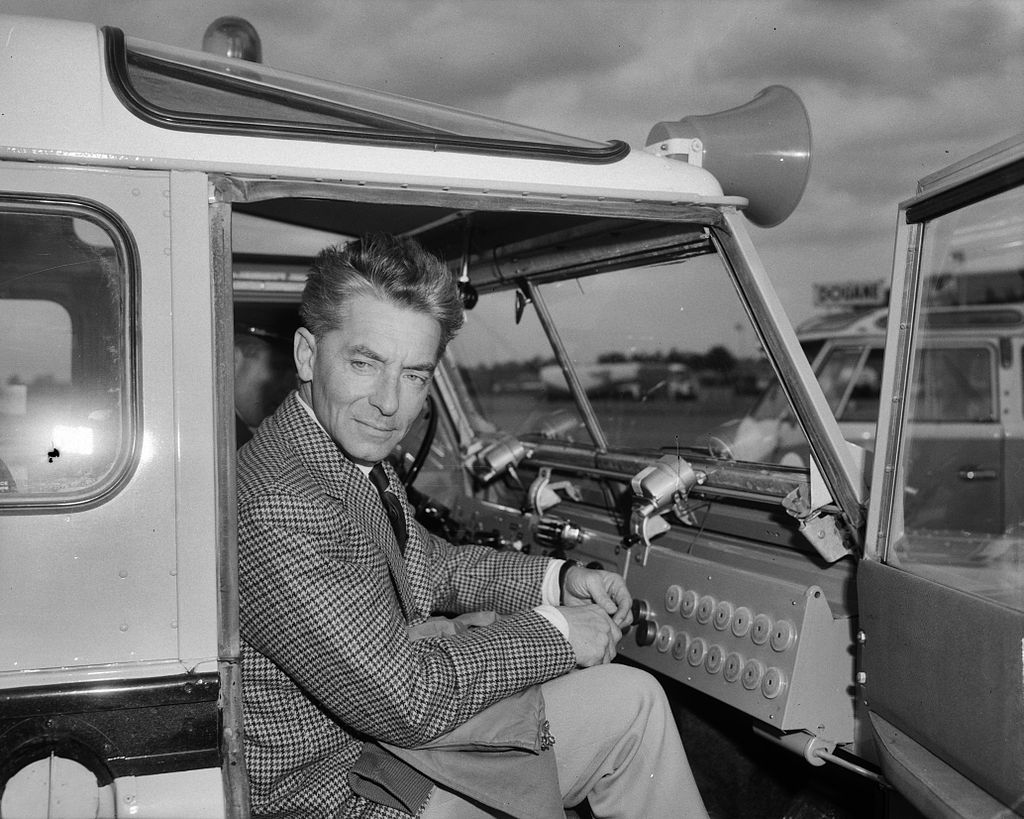 Not everyone understands the acronym HvK; even when we search on Google, there are not many answers. For IH, the acronym HvK means Herbert von Karajan. For young readers, this name doesn’t mean much today, but HvK was an outstanding musician and a passionate of the private aviation as well as a Porsche driver.

Herbert von Karajan was born in Salzburg on 5 April 1909. Actually, his full name was Heribert Ritter von Karajan. After having studied piano, he rapidly understood that his professional vocation was rather in conducting an orchestra. Before the start of the Second World War, HvK had already conducted the Berlin Philharmonic orchestra and the Berlin State Opera, specialising in Robert Wagner’s drama operas like Tristan and Isolde. When Germany was under the Nazy regime, HvK managed to survive in Berlin even though being highly menaced because of his wife Jewish origins.

HvK took an important decision at the end of 1944 moving to Milan, Italy. He hided himself from the SS-Police in constant fear of being captured and deported. He reported how along with his wife was present at the horrifying show of Piazzale Loreto, Milan, assisting to one of the best-known scenes in the Italian modern history, namely the public display of Benito Mussolini’s (1888-1945) and his mistress Clare Petacci (1912-1945) corpses, both had been captured and shot by the Italian partisans at northern part of Lago di Como. HvK remained in Italy till the end of 1945, living in Venice and Triest.

But why does Insubrica Historica write about HvK? And what is a connection of HvK with the Insubrica region?

We admire HvK because he was effectively living on the fast lane. During the time when Germany was under the rumbles of the Second World War, HvK managed to resurface rapidly. He had passions and realised his dreams: for example, during the prohibition of the private aviation which the Allies ordered in the post-war Germany, Karajan came purposely to Ascona, Switzerland, in order to take private flying lessons in a small airport. In Ascona – now an abandoned airfield – HvK learned to fly receiving the Swiss Private Pilot License. In the 1950’s, the private pilot license (PPL) would cost him CHF 1’800.00 or EUR 1.500. The required flying time for the licence was about 30 hours at the price of sixty francs per hour. During 1952-1953 stay in Ascona, HvK lived in a small humble pension, which at present has become the restaurant. His flight instructor in Ascona was pilot Edmond Dougoud who was very experienced and reputed.

HvK aircraft ownership started with a Cessna 172, in 1956 he switched to a more performant Beechcraft Bonanza. Due to the fact that HvK lived on a fast lane, he didn’t took too long to take on to a LearJet callsign: HB-VBR. HvK pursued further his passions in the aviation managing to own at least six airplanes and flying also a Dassault Falcon 10 Jet. With the risk to go off on a tangent, we will just recall to our readers that LearJet was in fact a Swiss made design. The result of a failed Swiss Air Force airplane project named P-16.

Visits:
at present the abandoned airfield in Ascona is accessible all year. During hot days, the airport is still used by paragliders’ landing strip, offering a tricky landing as the old runway still creates a huge terminal effect.

The Restaurant Aeroporto is situated nearby, more appropriately Ristorante da Nani, a good place to eat some fish or meat, even if it is not the cheapest restaurant in Ascona.